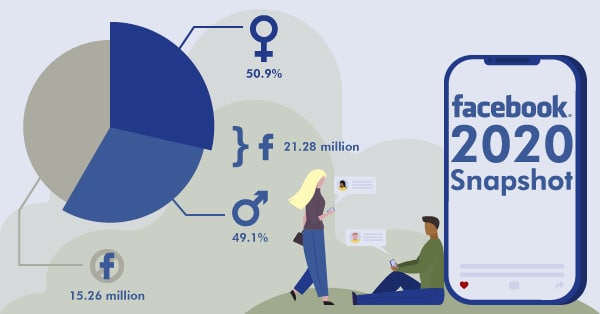 In January 2020, there were 36.54 million internet users in South Africa, and according to NapoleonCat, 21.28 million of that number are active Facebook users. The majority of South African users on Facebook are women – yet only slightly. The biggest age group of users were between the ages of 18 and 34, with the biggest demographic lying between 25 and 34 years of age.
With such a massive digital penetration on Facebook, it makes sound marketing sense to use Facebook as an advertising powerhouse for any South African business – big or small and perhaps more significantly, to be conscious of the gender profile of both your target and responding audiences.
As a business owner, you need to know as much as you can of the audience reacting to your campaigns, tap into and hone it so that you get maximum ROI on your ad campaigns.
We understand the power of Facebook Advertising and want to help you market to your desired audience for better results! Reach out to us on +27 (0)21 913 2646.